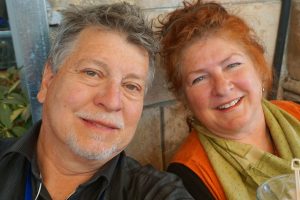 Ben and Marian felt called to the mission field from an early age. They each answered God’s call on their lives 43 years ago and met doing ministry in Colombia. They were married there in Bogotá and then moved to Venezuela where they started a church. Following teacher training in Australia they were invited to be on the faculty of Rio Grande Bible Institute. They spent 11 years raising up new leaders for the Spanish-speaking church and then moved into a role focused on training up older men and women who were already in ministry. This new work, also in Spanish, was in Oregon where they have continued to cultivate healthy leaders for 19 years.

This crying need in Oregon was to train leaders for churches full of immigrants from Central America and Mexico. People who have left everything and refugees who have been forced to flee need a different kind of shepherding. The Bible Institute has a great focus on the specific needs and Ben has been teaching everything from Bible and Theology to Christian Education and Counseling.

Ben and Marian returned recently from a very exciting 7 week trip around Colombia where their goal was to encourage the church planters who were far from the headquaters of the mission that they had started their ministry with. They were able to speak in 6 different churches and spent personal time forming friendships with the families of the pastors and others. They traveled by bus and stayed in the homes of local believers. Their hearts were grieved to hear tragic stories of the past two decades of guerrilla violence in Colombia and to see the extreme poverty of the refugee who had fled Venezuela . Now back in Oregon, Ben is in his regular routine of teaching in the local Spanish Bible Institute.

Ben and Marian raised three children in the middle of many ministry commitments in Colombia, Venezuela, the Mexican border and Oregon. Something unique about this family is that all five of them are expats. Reuben and Julian were born in Australia while Carissa came along in Venezuela.  Because of their missionary backgrounds, none of them were born on American soil. Even Marian, whose parents were Australian, was born in Papua New Guinea and Ben, who is American, was born in Colombia. While this may sound charming, there are some challenges that come with the lifestyle such as not really feeling like you are ever at home or not being able to travel to see family in Australia when you would like to.

They believe very strongly that your prayers make a difference in their personal lives as well as in their ministry.