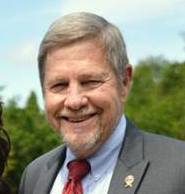 Gary Hall has served on the Board of Directors of MVI for many years and currently serves as its Chairman.  He is a Vietnam veteran where he served two tours. The first as a rifle platoon leader with the 82nd Airborne Division and the second as the company commander of Company P (ranger), 75th Infantry along the DMZ.  He has a BS from the United States Military Academy at West Point, an MSEE from Georgia Institute of Technology and an MBA from Harvard University.  He is currently an owner and officer of two small companies that do work primarily in the defense and aerospace industry. He has been on more than 35 mission trips with MVI in Asia, Africa, Europe, Central and South America.  His heart is church planting and has led teams to Africa that have planted at least 25 churches. He currently serves as an elder and treasurer in his home church.