I can still remember walking across the field of peanut plants in Malawi, about to speak to an extraordinary group of people. These believers were all former Muslims who lived in the same area and came to faith in Jesus. They began to meet together to practice their faith and were soon discovered by the Muslim leaders. The leaders told them that if they were to continue, they would all be killed and that they should return to worshiping in the local mosques.

Together, the new believers decided to walk away from all they had and find a new place to live where they could practice their faith. They relocated some distance into the Mbwana village area. The leadership of the village in that area seemed to be more open to other faiths, and to make sure they were allowed to worship as they pleased, they purchased a field where they could raise peanuts and someday build a suitable church that would glorify God. 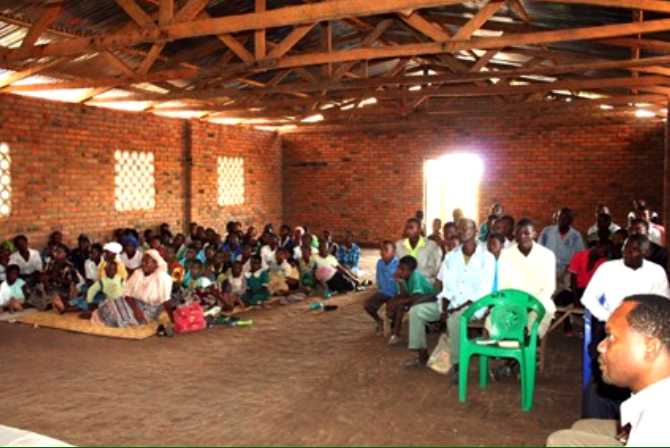 This was where I had my first encounter with this wonderful group of brothers and sisters in Christ. After sharing God’s Word with them, I walked back across the peanut field and marveled at the fact that no one had asked me for anything beyond my time teaching them. That is so unusual because almost everywhere I go, I encounter people wanting me to raise money for worthy projects. But here, no one asked me to do anything except the voice of God that said, “Let’s build them a church!” I responded immediately, “YES!”

Two years later, I was there to preach the first service in the new tabernacle. It was not quite finished because the rains had kept them from pouring the cement floor and altar area and finishing the two rooms behind the sanctuary. The number of believers had continued to increase, and a young couple now serves as pastors for this fellowship of believers. The two pastors are students in the CTC program. They put the word out that a missionary from the USA was coming to preach the first formal service. They invited several leaders who were followers of Islam; other area Muslims also came. 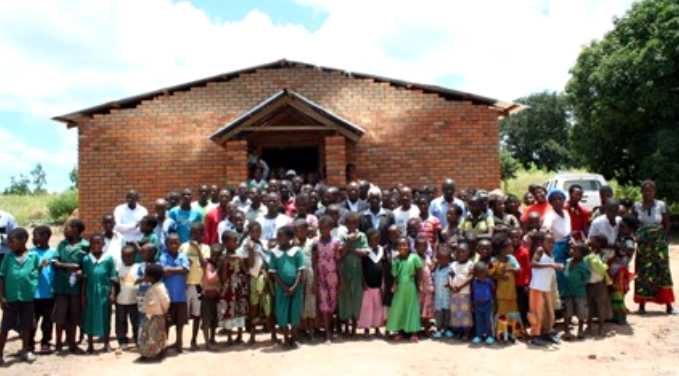 A chief of the area also came. He was a very enthusiastic speaker who shared that when he attended the council of other area chiefs, they all remarked that he was foolish for allowing Christians to build a church. Because all of these areas are very poor, there are few, if any, nice structures this size in any of their villages with the exception of an area mosque. Having a nice new building was a big deal for this chief. He was very happy that the building we built was such a fine building. He even remarked that he would be glad to help us if we wanted to build schools, etc. He also indicated that the other chiefs were now quite jealous. The chief said he was glad to hear us preach the name of Jesus and we were welcome there!

The man in the white hat next to him, also a Muslim, is the village elder who happens to be over several villages. He also spoke and told us that several people came to him in the night and asked him not to allow this building to be built. They told him that we were a cult and would bring death and evil into the village. He explained that he came to see for himself if we were evil. Like the chief, he was blessed when the Word was shared and was glad that he had not listened to what the others had said.

I shared what God had put on my heart and boldly proclaimed that there was one true living God. When I gave the altar call, more than 20+ people stood publicly to confess their trust in Christ alone for the forgiveness of their sin, the promise of eternal life, and to receive the Holy Spirit. After that, I offered to stay and lay hands on anyone who wanted prayer. Somewhat to my surprise, everyone in the building lined up for prayer, even the Muslim leaders. God is soooo wonderful!!!